Now that we’ve seen all the best looks from this year’s MTV VMAs, we are ready to announce who has won the red carpet. It may come as a surprise since she’s one of the younger celebrities in the crowd, but the Stranger Things actress Millie Bobby Brown shut down every other look on the red carpet with her romantic Rodarte ensemble laced with gold polka dot jewels and spotted tulle frills. As we were fans of the Rodarte spring/summer 2017 collection, it was exciting to see someone wearing the three biggest trends of 2017 all in one outfit: Ruffles, polka dots, and sheer fabrics.

In a polished manner, Brown wore the blouse and skirt combo with tough lace-up patent boots and kept accessories minimal with a statement silver ring and a couple of gold hair accessories to accompany her slicked back bun. The actress has been known to wear unexpected footwear on the red carpet and certainly proves that pairing edgy boots with the three most feminine trends is the ultimate contrast and recipe for success.

Keep scrolling to see Millie Bobby Brown on the VMAs red carpet and the Rodarte ensemble from the S/S 17 runway. 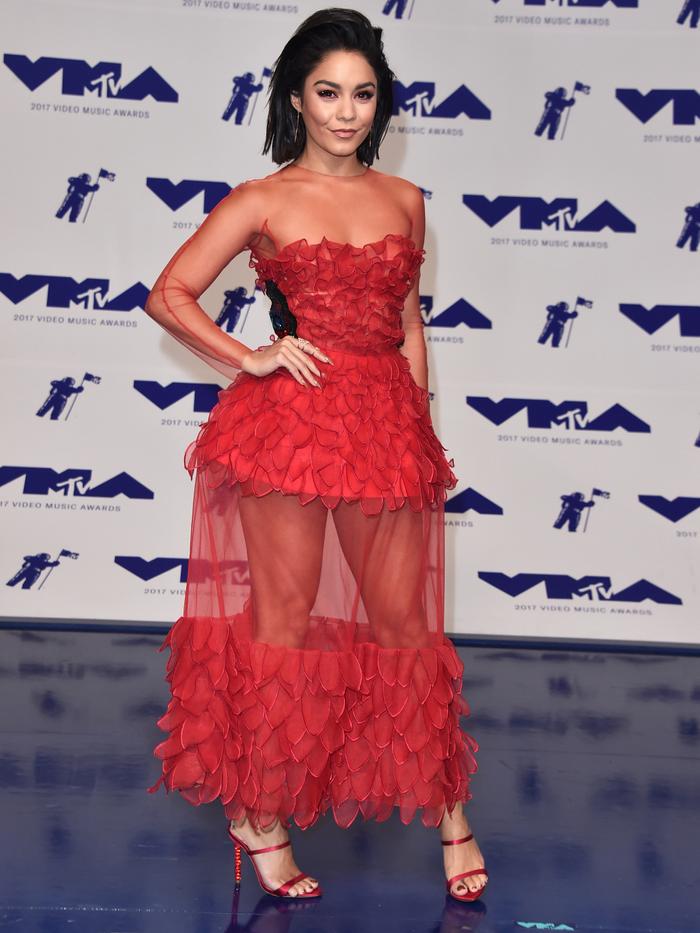