After Kim Kardashian West took some well-deserved time off at the end of last year, we were excited to see how she’d re-emerge, and if her style would be different. It’s pretty clear that while Kim was laying low, she was updating her secret Pinterest board with some fresh style inspo, because from what we’ve seen so far, this is definitely a new era of Kim—and let’s be honest, everyone else will no doubt follow suit. Let’s recount what we’ve seen so far. Kim debuted a new lip ring (the jury’s still out on whether it’s real or fake) at her mother’s Christmas party, then stepped out in heavily distressed jeans, followed by posting an Instagram in which she’s wearing flat furry sandals. So far, a much more casual vibe from what we saw in 2016. Then, she opted for boyfriend jeans on a visit to Dubai over the weekend, and now she’s back at it again with the same jeans.

Kim was snapped at JFK Airport in New York City today, wearing the pair of baggy distressed boyfriend jeans we all have hanging somewhere in our closet. It’s been a while since we’ve been excited by boyfriend jeans, with cropped flares and distressed hems taking over the last few seasons, but the way Kim has styled hers with a vintage tee and lace-up ankle boots has us excited to whip them out again come autumn.

Click through to see her look, and shop similar styles (if you can’t find your favourite worn-in pair). 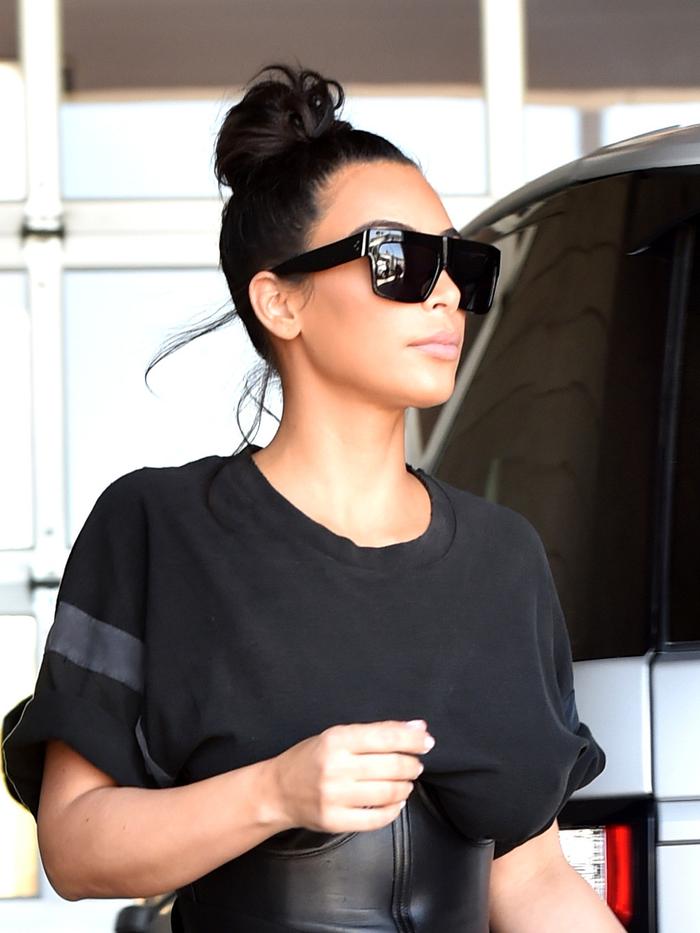