Given that we're in the midst of fashion month, Gigi Hadid has been traveling the world for the past several weeks, which means that there are pieces that she's been wearing on repeat more often than usual. One that's stood out to us the most is a '90s throwback shoe style that's actually quite affordable—Dr. Martens. The flat, chunky combat boots are the perfect match for the skinny jeans, leather pants, and leggings that she's been pairing them with as of late. And she's not partial to just one pair of Dr. Martens. Hadid currently has three different under-$150 styles on rotation—a Velcro pair, an on-trend white pair, and a shiny burgundy pair. (The Velcro boots are almost sold out everywhere, likely thanks to the model.)

It's clear that Hadid is newly obsessed with Dr. Martens' assortment of flat boots, but what makes us especially confident that the quintessential '90s boots are set for a comeback is the slew of other celebs who have recently endorsed them. Kaia Gerber, Emma Watson, Chloë Grace Moretz, Bella Hadid, and Behati Prinsloo are just a few of the stylish It girls who have also worn them in recent months.

Keep scrolling to see some of Gigi Hadid's Dr. Martens looks and shop her favorite pairs at the end! 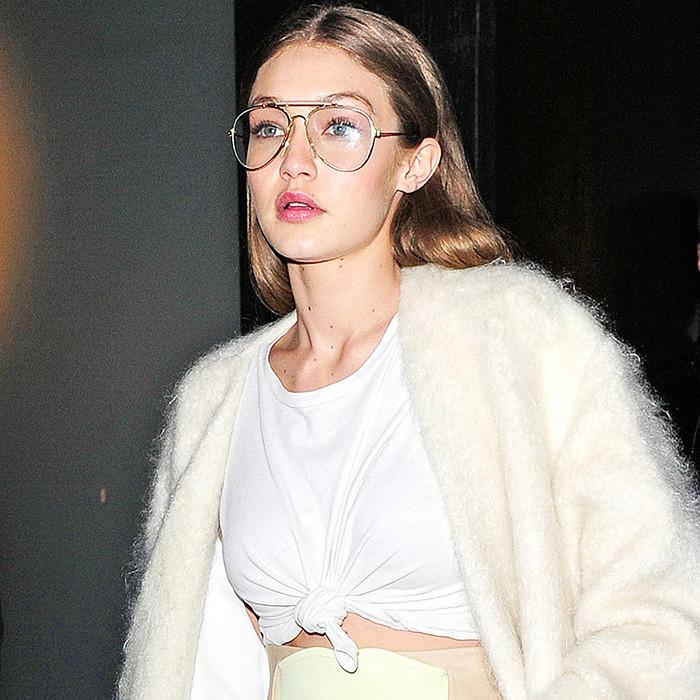 Next up, check out another throwback trend Gigi Hadid is bringing back—headlighting.