If you watched Sunday night's Golden Globes, the winner for Best Actress in a Motion Picture, Drama probably caught your attention. Isabelle Huppert won the award for her performance in the French film Elle, and her incredibly chic midriff-baring top and skirt along with an ear full of edgy Repossi ear cuffs have landed the actress on a number of best dressed lists and left the internet buzzing.

As it turns out, the 63-year-old Parisian has starred in well over 100 films since her debut in the early 1970s, and she's been a French fashion darling for quite some time, regularly appearing on the front rows of Dior and Chanel (recently seated right next to Pharrell). Given that the actress has no fewer than six films set to debut in 2017 and an Academy Award nomination is likely in the cards, it doesn't look like this will be the last we Americans hear of her.

Huppert's sophisticated style is made up of classic pieces like well-tailored pantsuits, long-sleeve gowns, and blazers paired with slim flared jeans, worn with the effortlessness that French women seem to naturally possess.

Keep scrolling to see why Isabelle Huppert has the potential to be a French style icon for every age group.

WHAT: AFI tribute to Isabelle Huppert and the gala screening of Elle in Los Angeles 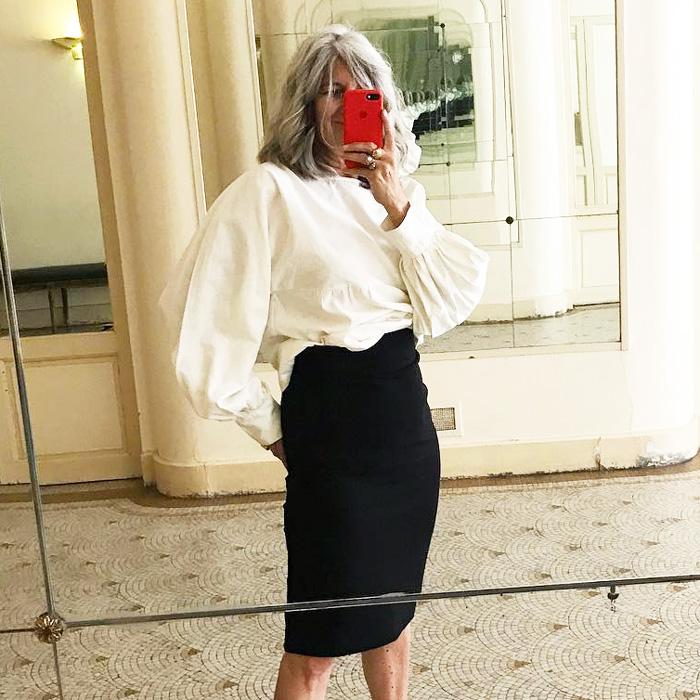 Next up, check out another French woman we love.