An intense debate was sparked in the Who What Wear UK offices after Alexa Chung published an Instagram Story about wearing tights under jeans. Half of the office thought it was a given that you would chuck on the denier 40s as soon as the mercury dropped below 10º Celsius, while the other half hated the idea of adding unnecessary bulk to their already overladen winter outfits.

This division was further confirmed after we posed the question to our Facebook group. Some stated their reliance on tights for the colder months, while others dismissed the layering approach as "uncomfortable." The issue has become even more pressing over the last few days, as temperatures have plummeted to arctic lows and the commute to work has become a battle against the tundra.

We decided to pitch two editors against each other to conclude, once and for all, whether wearing tights under jeans is a fashion faux pas. So who was right? Message us and tell us your thoughts!

Scroll down to see what our editors said.

I've been wearing tights under jeans for as long as I can remember. At the slightest sign of winter, I'm reaching for my denier 40s and layering up like there's no tomorrow. I'm not exactly a function over form dresser, but I draw a line when it comes to being chilly, and anyway, I think it's possible to be both warm and stylish. Tights needn't compromise your look. Think of it this way: If you're wearing four layers up top, it makes no sense to settle for a knee-knockingly chilly single layer down below. Blue might be the colour of the season, but when it's creeping across my skin, it's a little less chic. Once you try tights, you'll never look back—trust me.

Maxine Eggenberger, Who What Wear Contributor 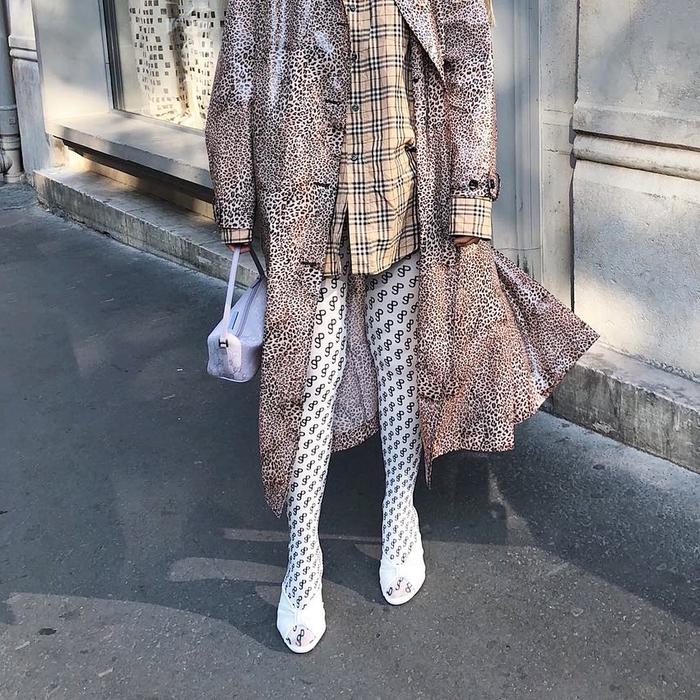 "It's not that I don't get the allure of the whole 'tights under jeans' experience (as someone who feels the chill in even the slightest breeze, I'm usually here for any sort of layering), but being a curvy girl who likes her jeans on the tight side, the addition of hosiery—regardless of how thin it may be—makes me feel too bulky. Having said that, with so many excellent printed tights around, if I were to give the mood a whirl, I'd do so with a leopard motif pair complete with a pair of velvet platform sandals. If you're going to do it, be as bold as possible to make it look intentionally curated as opposed to a cold-weather circumstance."

Up Next: I Tried on 23 Pairs of Tights, and This One Brand Is Clearly the Best