Bring up the topic of style icons and my face lights up. There are so many influential men and women that have shaped fashion history, not only specifically to the fashion industry, but beyond that through music, literature, art, film, and television. For me, it’s always been characters in books and movies spanning the decades, or iconic women in particular eras that have influenced me the most. It’s Zelda Fitzgerald in the ’20s steering from the norm (of the time) wearing drop-waist dresses and opulent accessories. Actress Charlotte Rampling in the ’60s vibing cool beach girl with minimal bikinis and borrowing denim shirts from the boys. In the ’70s it was Lauren Hutton and her metallic, quirky (but still classic) outfits that are still relevant today. And who can look past the ’90s supermodel era when Linda Evangelista embraced masculinity with her cropped hair and oversized power suits. It’s the women that have gone against the norm and made statements that have managed to stay icons today.

More recently though, I adore fashion director and illustrator Jenny Walton’s street style. She’s got the high/low, designer/vintage contrast down to an art, as well as clearly being well-informed on each era she herself is influenced by, which you can see through the way she wears her clothing and accessories. Through Instagram we’re able to see real insight to the daily lives of celebrities and influencers as they broadcast their true personal style to the world. And so, the Who What Wear Australia team want to share their own favourite style icons that they always turn to for inspiration.

“There’s always been one who stands out and is visionary, and that’s Elin Kling. Her refined, Scandi style hasn’t changed over the years, it’s just matured with her as she’s entered new chapters of life. From editing StyleBy to now leading Totême, I love that she focuses on quality, cut, and timeless classics. I like to think the best-dressed woman in any room is the one who is consistent, and that’s Elin.”—Alison Rice

“It’s hard for me to define a single fashion icon that’s influenced my style—it’s always making minor pivots—but when I look back at my style over the years, I can see a few key influences. Kym Ellery (playing with proportion), Yasmin Sewell (having fun with fashion), and Lara Worthington (the importance of basics).”—Amanda Stavropoulos

“I love Rosie Huntington-Whiteley. I save a million images of her every week in my Instagram ‘saved’ tab. I don’t understand how anyone can look so chic and crease-free stepping off a long-haul flight. It blows my mind. I love Bella Hadid too for outfits I wish I had the confidence (and occasion) to wear. I usually covet her makeup looks as well.”—Emily Algar

“I’ve been obsessed with Alexa Chung ever since I saw a photo of her wearing dungarees and Converse. I thought that look was so ‘out’, but she made it look cool and very much ‘in’. Since then I’ve been in a comfortable dalliance with her sense of style. She’s the perfect mix between fashion forward and comfortable dressing. Every outfit she puts together shows her personal flare and I just adore that.”— Natalie Fornasier 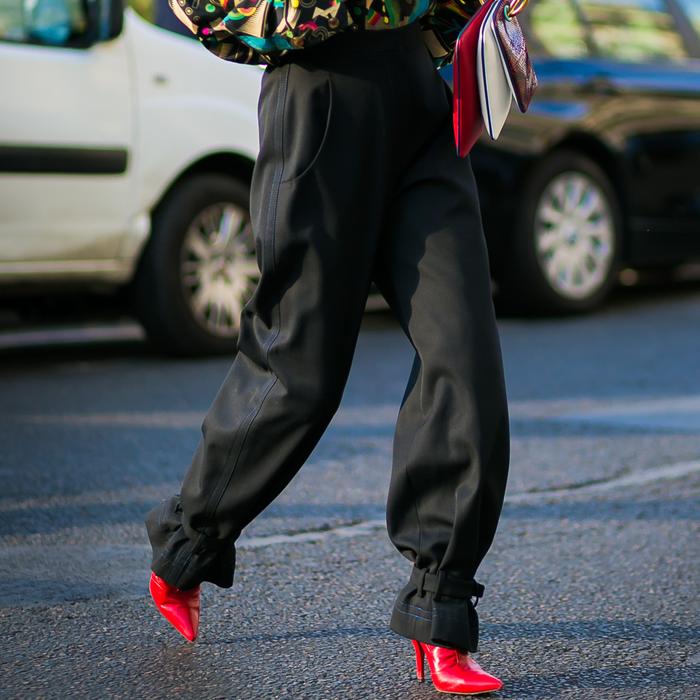 Our Editors Reveal the Boots That Changed Their Lives
Read Now

“My sartorial goal in life is to be more bold with my choices like Leandra Medine. She’s true to her personality and has the unique ability to pair accessories and clothing together that you would never think to.”—Nicole Singh