In case you’ve been wondering about the bag every fashion girl has been carrying this spring, it has a name: Gabrielle. The quilted bag is named after Chanel’s founder (though everyone called her Coco, her real name was Gabrielle). It’s Chanel’s first major new bag since the Boy bag launched in 2011, and we think it’s about to be everywhere. Leave it to Karl Lagerfeld to design the season’s most coveted It bag.

We haven’t been surprised to see that the leather hobo has won over street style stars like Caroline de Maigret—who used hers to accessorise a monochrome outfit—and Gilda Ambrosio—who paired hers with a tweed jacket and cropped jeans. Both wore the double chain strap across the body and over the shoulder at the same time—a cool new way to style a bag that almost doubles as body jewellery.

The Gabrielle bag comes in a range of neutral hues and four different styles: the hobo, as well as a drawstring purse, shopper, and backpack version. Starting at £2650, it’s a splurge but one we can get behind.

Keep scrolling to check out the Chanel Gabrielle bag, and see how it’s being worn by fashion girls.

Pair the Gabrielle bag with one of Chanel's other staples: a tweed jacket.

Take a styling tip from Caroline de Maigret, and wear one strap over the shoulder and the other strap across the body.

You can also throw the bag over your shoulder. 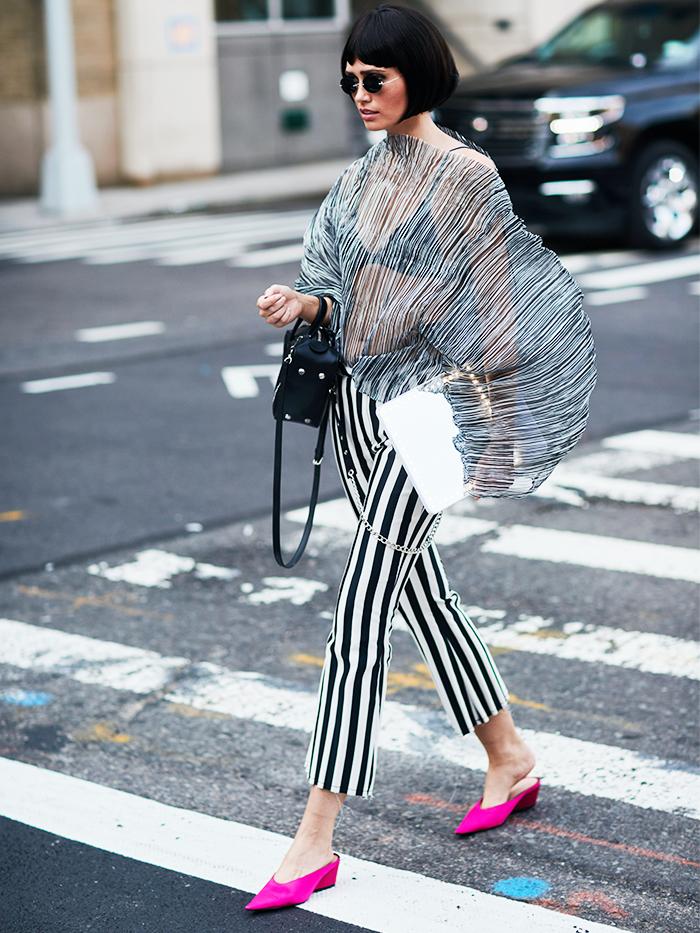