Most of us would agree that when it comes to our wardrobe, it's important to strive for diversity, with investment pieces that will last for years and trendier pieces that you probably opted not to blow an entire paycheck on. But when it comes down to it, most fashion girls' closets probably consist of mainly cheap(ish) pieces.

There aren't really cut-and-dried parameters that constitute what's considered cheap and what's considered expensive, but generally speaking, much of the pieces in our wardrobes probably fall somewhere between $50 and $300, give or take. And it just so happens that many of the basics that people always talk about can be described as cheap(ish), including the world's most flattering leggings and the new white tees celebs are obsessed with. Add any of these nine pieces to your wardrobe and not only will outfit-planning be magically easier, but also no harm will be done to your bank account. Ready to start telling everyone you know about these cheap(ish) basics?

Keep scrolling to shop them all!

We've tried a bunch of leggings, and the rumors are true about these Kendall Jenner–approved Alo leggings—they couldn't be more flattering if they tried. They even come in different inseams, which is a rare feature for leggings to have.

Almost every time Everlane releases a new shoe style, it inevitably sells out—and very quickly at that. The Italian-made boots, flats, and heels are beautifully crafted and timeless.

Karla Welch's collaboration with Hanes just came to be a few months ago, but it was a hit from the start. (Kaia Gerber and Karlie Kloss have been wearing it everywhere.) At just $30 a piece, we advise stocking up on the shirts.

Staying warm during the winter is of utmost importance, but almost as important is looking cool while you're at it. Patagonia's cozy yet lightweight puffers check both boxes. 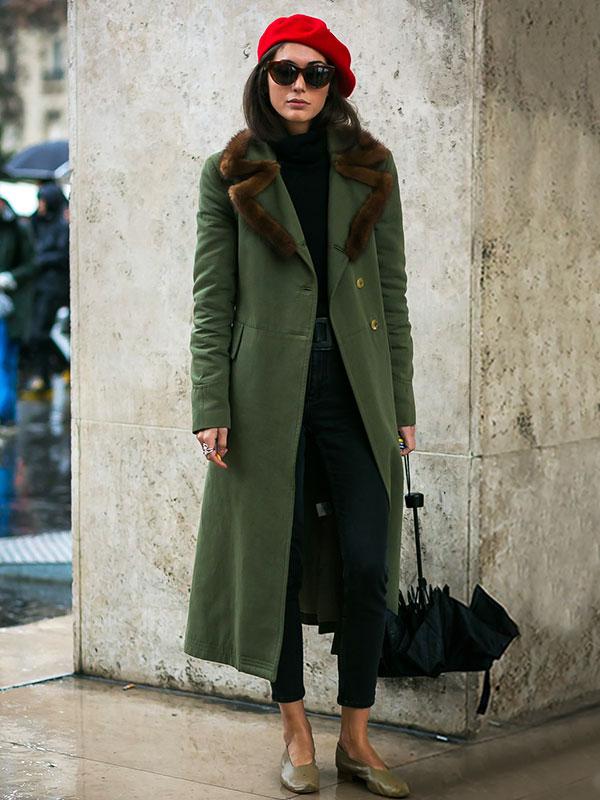 There's a reason Madewell's jeans rack up a plethora of five-star reviews from shoppers: They're affordable, on trend, and comfortable with a perfect fit. Find out for yourself if you haven't already.

One-piece swimsuits are officially a thing again, and Solid & Striped is largely to thank for that. Good luck deciding on just one of its cool '90s-inspired one-pieces to add to your collection.

NYC girls, especially, rave about Uniqlo's line of Heattech layering tees. They come in a variety of colors, are slim enough to wear under a sweater, and truly keep you warm, despite being thin and breathable.

Available in sizes XXS to XXL.

Available in sizes XXS to XXL.

Los Angeles–based Dôen is a fashion-girl go-to for special sweaters that will actually make you wish for chilly temperatures. The brand teamed up with Reformation for an exclusive collection this fall, proving that it's cooler than ever. The pieces are worth every penny.

M.Gemi refers to these pumps as the brand's "signature, oh-so-walkable high heel." In addition to the comfort factor, the not-too-low, not-too-high heel; reasonable price point; and color selection make these buzz-worthy.

M.Gemi
The Esatto Heels in Black and White
$298
Shop Now

Next up, check out 23 jean outfits that will still be in style in 20 years.