Though we’re only a few months into 2018, it’s already been a year of great empowerment for women—and that extends into fashion. From statement-making runways at the recent fashion weeks, to sartorial blackouts at some of the season’s most highly anticipated awards shows, fashion has been a means by which women are standing up (and speaking out) in 2018.

Here at Who What Wear Australia, we believe that fashion is more than the sum of its parts. Style and aesthetics aside, fashion represents the world as we know it and the world as we want it to be. All throughout history, this phenomenon has been proven true.

Consider the effect of World War I, for example. For a country with a small population (like Australia), WWI remains today as the most costly one in terms of death tolls that we’ve known thus far, according to RSL NSW. But what does that have to do with fashion? Immediately afterwards, cue the rise of The Flapper Girl in her sparkling, free fitting mini dresses, and the rest is history. War has taught us that life is short, and so, people's attitudes and clothes alike became more carefree.

Despite the morbid example, this isn’t too different from what we’re seeing today. With movements like #MeToo and the Time's Up campaign, there’s no denying that the fight for equality is one that women are not about to give up anytime soon. Consequently, the sartorial effect is one that reflects this idea of equality as well. Checked blazers (once reserved for corporate men) have swiftly entered into the closets of every fashion girl. Skinny jeans are being swapped for wide leg trousers. Loafers are replacing sky-high heels; it almost seems preposterous that women were once expected to wear only pumps in the office.

Given the circumstances, we can’t say that we’re surprised to see work wear becoming more androgynous. After all, we know that men and women are capable of the same jobs and deserve the same pay, so why shouldn’t our office dress codes be identical? But despite the changing trends we’re seeing both in and outside of offices, we were nonetheless taken aback to realise that these styles aren’t just walking down the street; they’re walking down the aisle, too.

According to the fashion search engine Lyst, searches for bridal jumpsuits and suits have increased by almost 120% over the past year. Similarly, searches for more modest styles like “high neck” dresses have increased by nearly 50%. Both of these facts suggest one thing: Women are breaking away from what’s expected and—dare we say—ignoring conventional ideas about what men are attracted to.

Etsy’s Wedding Style Report points to similar trends as well. The number of views of "dramatic veils" have increased by over 200% since 2017, suggesting a stronger pull towards personal style versus conventionality. And last, but certainly not least, searches for “wedding capes” have increased by over 40%. Needless to say, women are proving that we don’t need any saving in 2018; even brides are being their own superheroes... a prince charming is just an added bonus.

We’ve spoken before about the ways that fashion trends have helped women stand up for feminism before, and this year it seems that we’re witnessing it happen right in front of eyes. And while the sartorial blackouts and androgynous styles have been inspirational as well, to see feminist values permeating a space that is as traditional as marriage is perhaps the most telling example thus far. Women are standing up to say that we can, and will, have it all. It’s a message we’re hearing loud and clear, and we hope it continues to echo throughout 2018 and beyond.

Keep scrolling to shop our favourite feminist bridal trends of 2018.

This bridal Jumpsuit is so sleek.

This one is so classic.

The jewel detailing on this is so eye-catching.

We dare you to find a cuter cape.

For the bohemian bride.

To complete your look. 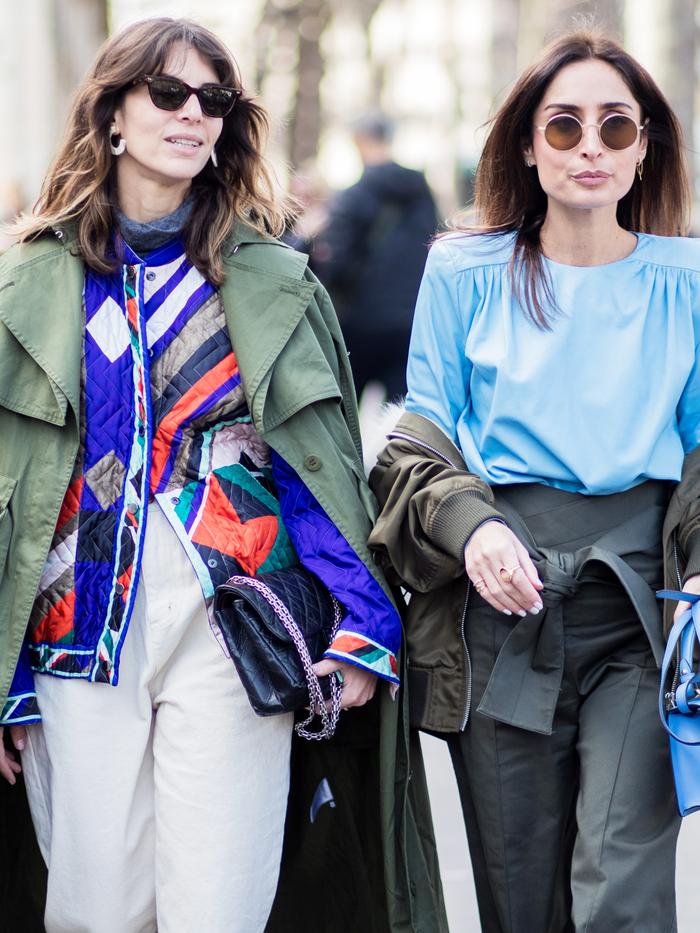