When it comes to shoe trends, the world can be pretty fickle. If you don't jump on a new trend in its early stages, there's a chance that it could be "over" soon after you invest in it. Since a new season is on the horizon, we couldn't think of a better time to fill you in on the trend that people have officially stopped buying. To do so, we reached out to the EDITED, a retail analytics company. EDITED's Katharine Carter delved into the market data and filled us in on the one trend that's dead in the water and, alternatively, the one that everyone wants right now. According to her analysis, the trend people will stop wearing are brogues, and loafers are the 'It' shoe style that people are now buying instead. And how did Carter come to this conclusion about the two flats styles? She explained, "Loafers have seen more than ten times the amount of arrivals over the past three months compared to brogues, highlighting that retailers are backing this trend for spring." She also cited discounts on each style as being indicative of their fate, saying "Brogues currently see higher discounting than loafers, with 13% of styles currently reduced compared to just 8% of all loafer styles."

While classic loafers aren't exactly a groundbreaking shoe style, they've been everywhere ever since Gucci practically singlehandedly turned them into a craze. And much to every fashion girls' delight, designers are getting more and more inventive with their loafer styles. Carter cites "metallic finishes, backless slide-on mule shapes, and embroidery detailing" as the specific loafer details that are trending for spring.

Ready to swap brogues out for a new pair of loafers? Keep scrolling to see which styles the fashion crowd is wearing right now, and shop our favorite loafers for spring! 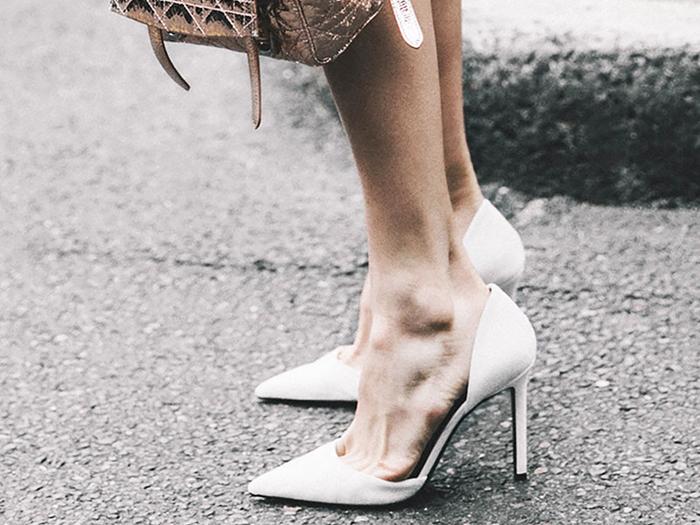 Carter named these beauties as one of the styles that's currently trending on the market.

Take Carter's advice and invest in a metallic pair for spring.

These look like pretty little paintings for your feet.

If you don't already own a pair of Everlane's perfect loafers, now is the time.

The silver ring detail ensures that these are anything but boring.

These stunners are inspired by Loewe's iconic puzzle bag.

This versatile option is quickly selling out.

Pair these with jeans and a tee and wait for the compliments to start.

Good luck finding something that doesn't look good with these graphic slides.

The price of these is very right.

We'd wear these with everything from a black slip dress to vintage Levi's.

Are you ready to ditch your brogues? Tell us in the comments below, and shop even more loafers here!