When Emma Watson wore a pair of trainers by the ethical French brand Veja, they quickly became one of the most talked-about sneaker brands around. The classic white shoes (made from recycled plastic bottles and wild rubber) feature a distinctive V-logo in varying colours on each side. Emma first wore the trainers back in October 2016, but it wasn't until 18 months later that the seemingly simple lace-ups started gaining popularity.

The Veja V-10 leather trainers arrived on Net-a-Porter in early 2017 and became the second and third best-selling pieces globally (only beaten out by a Gucci T-shirt) the same week they launched. Now I spot these trainers "in the wild" every day, as they seem to have become the most popular trainers of 2018. At a coffee house in London last week, I saw four separate women wearing the red, white and blue pair. Keep scrolling to shop our edit of the best Veja sneakers on the market, plus a guide to how fashion girls are wearing theirs.

Finish summer separates with a pair of Vejas in the same palette.

Checked suits and sneakers are now even cooler with colour-coordinated Vejas. 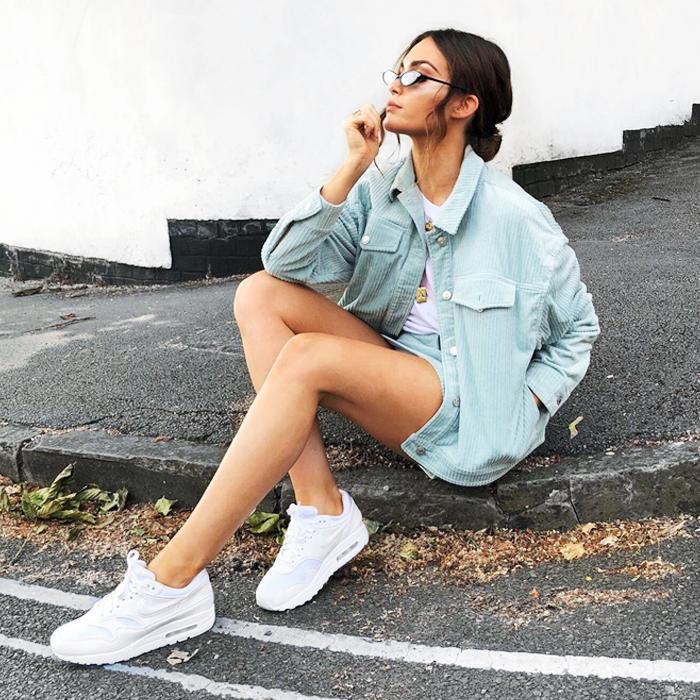 These sneakers are just too cool to not snap up.