Everything You Need to Know Before Getting a Botox Lip Flip

When it comes to getting a fuller, more pronounced pout in-office, Restylane, Juvederm, and even Radiesse are often the usual suspects. Little did we know that Botox—the injectable with the power to freeze muscles and reduce wrinkles—could produce a similar, equally covetable end result thanks to the Botox lip flip. The off-label use for Botox has become a trending topic as of late, with intriguing before and after photos we can’t stop scrolling through.

To break down all of our burning questions surrounding Botox lip flips, we spoke to New York City–based plastic surgeon Dara Liotta, MD, and Lisa Goodman, PA, founder of GoodSkin Clinics in New York and Los Angeles. Keep reading to learn everything you ever wanted to know about getting a lip flip.

What Is a Botox Lip Flip?

A Botox lip flip is a technique that involves injecting Botox along the lip line to “flip” the lip muscle outward, creating a more defined shape. “Botox relaxes muscles, and by relaxing the muscle around the mouth—known as the orbicularis oris—it rolls the lip outward and creates the illusion that the lip is bigger without adding any volume,” explains Liotta.

How a Lip Flip Works

An experienced injector will use roughly four to six small units of Botox injected into the lip muscle. “The Botox will strategically relax sections of the strong, thick, circular-shaped muscle that goes around the mouth,” Liotta says. “Only the superficial layers are targeted, which relaxes the muscle fibers enough to flip the lip outward without affecting the muscle’s function.”

Wait—Is a Botox Lip Flip the Same as Lip FIller?

Not at all. While the end result of both treatments does enhance the appearance of the lip, the two methods of execution are very different. “Filler adds volume and creates a larger lip by literally making it bigger,” Liotta says. “Botox works differently by relaxing the muscle where it is injected.” According to Goodman, the Botox lip flip imparts a more subtle, everted look than filler, adding definition to the existing edge of the lip rather than making it larger.

Who Should Get a Botox Lip Flip Instead of Lip Filler?

If you want a more defined lip line, but not necessarily bigger lips, then you’d be a perfect candidate for a Botox lip flip. “If you feel like your upper lip disappears when you smile, or if you want a subtle, poutier look, you’d be best suited for a lip flip,” says Liotta.

Can a Botox Lip Flip Be Combined With Lip Filler?

Absolutely! In fact, combining a Botox lip flip with lip filler is a pretty common request. “You can use the lip flip to evert the edge of the lip, then add filler to create more volume and make the effect last longer,” Goodman explains.

What to Expect From a Lip Flip?

Because your lip muscle—particularly the part that helps you to pucker—will be more relaxed, otherwise normal things like sipping through a straw or saying certain words might feel different.  Liotta notes that one in 10 of her patients has reported a few of the aforementioned motions feeling differently after getting Botox around the mouth. “You can expect to experience limited pursing motion,” Goodman says. “For some people, saying words with the letter ‘P,’ or drinking through a straw might be more difficult, but others don’t mind at all and love the results, so it’s truly an individualized treatment.”

How Long Do Lip Flips Last?

According to  Liotta, the results of a Botox lip flip usually last anywhere from two to three months. Lip filler, by contrast, can last between five and 12 months. “If you don’t like how your lips feel after getting a lip flip, the good thing about Botox is that the results aren’t permanent,” she says. “On the other hand, if you love it, the bad news is that the results are not permanent!”

How Much Does a Botox Lip Flip Cost?

Prices will vary depending on the doctor you visit, but Goodman notes that you can expect to spend a few hundred on a lip flip treatment. At  Liotta’s office, a Botox lip flip runs about $350, whereas lip filler alone can be priced between $900 and $1600 depending on the type of filler and the amount used.

Does a Botox Lip Flip Hurt?

It shouldn’t, and compared to the pre-treatment numbing and post-treatment swelling many people experience with getting lip filler, the pain factor and downtime associated with a Botox lip flip is far less intense. “The procedure takes a minute or less, and you’ll feel a few seconds of pinches,” Liotta explains. “No anesthetic or numbing cream is required.”

When Will I See Results From a Lip Flip?

Because Botox takes a few days to start working its magic, the results won’t be as immediate as getting lip filler, but patience is a virtue. Liotta notes that you can expect to see the lip flip take shape roughly four to 10 days post-treatment. 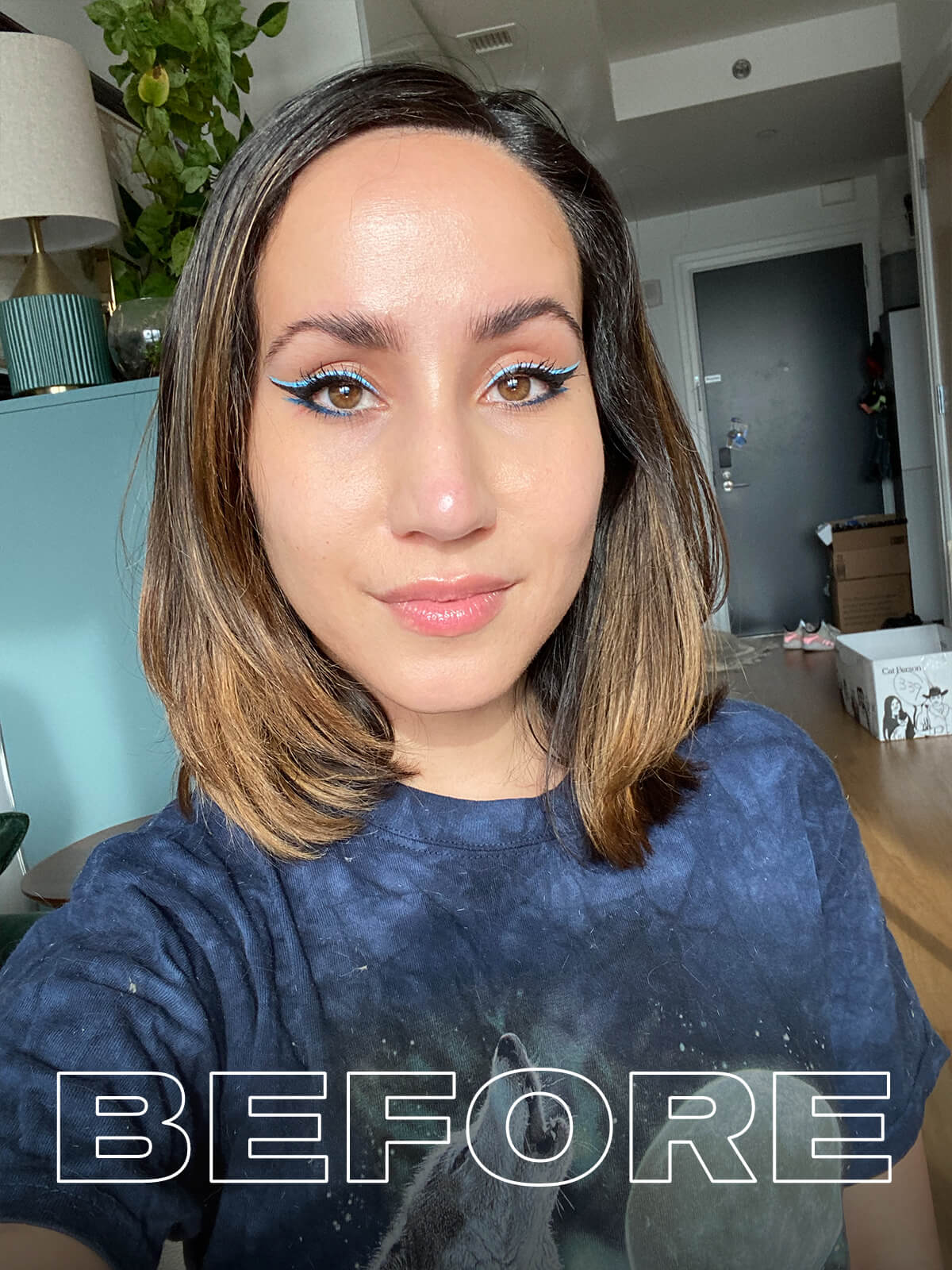 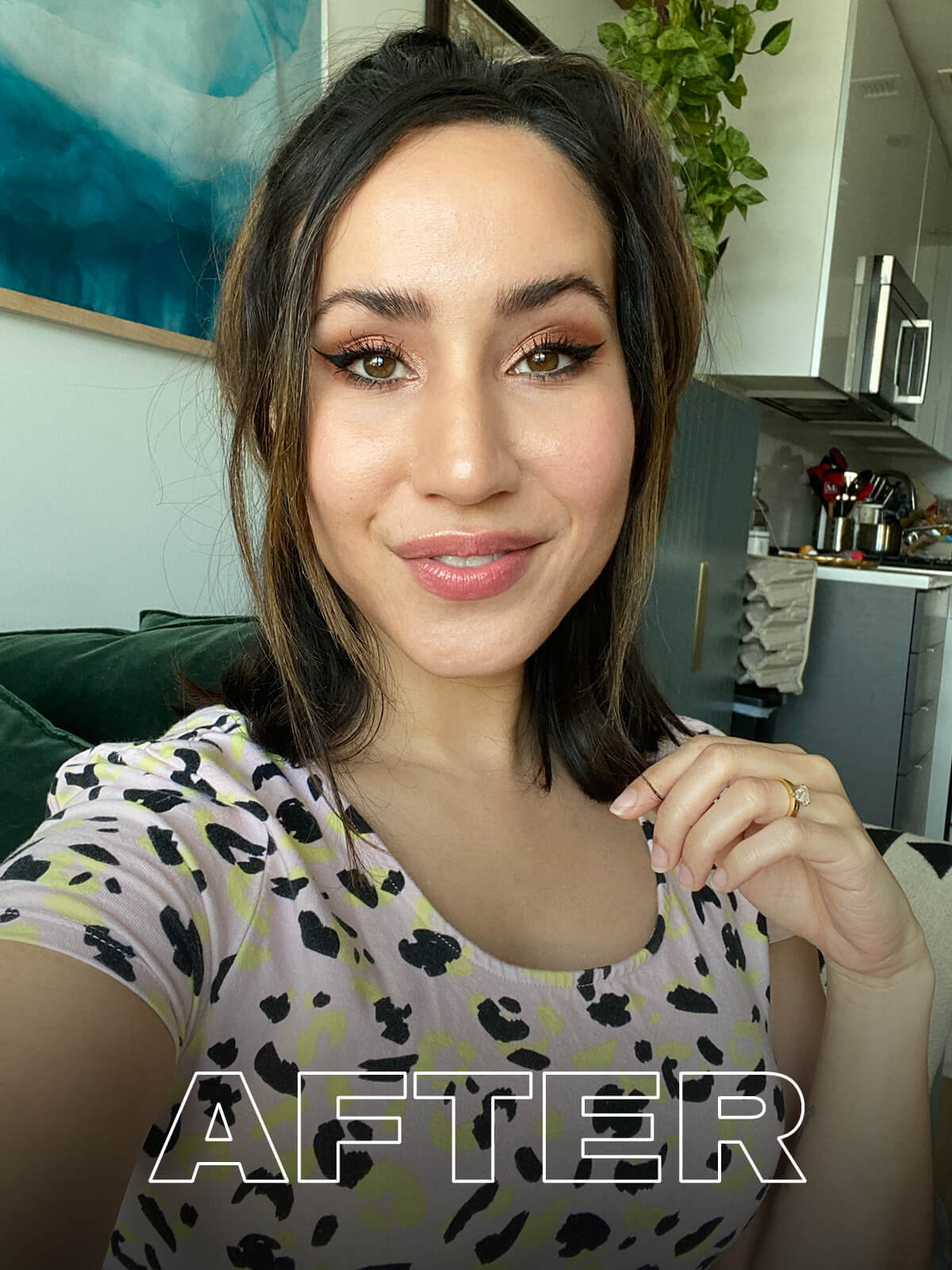 I’ve had lip filler a handful of times, but after my lips were grossly over-inflated by a doctor I had never been to before, I stayed away from the treatment for years. I liked the techniques that Lisa Goodman practiced in her GoodSkin NY office, and after being a client for years, I tried lip filler with her again and appreciated her light touch. Still, my body is the type to swell and bruise at the first sight of filler, so while I loved the result, I wanted to try something that required less downtime.

Enter the Botox lip flip. I asked Goodman about the treatment, and after we finished my usual Botox regimine (brows, forehead, and occasional pokes in the jaw or chin depending, for the record), she injected a few units into my upper lip line. The procedure was quick, painless, and I experienced zero bruising in the days that followed. I also really loved the result—dare I say, almost more than I loved the result of lip filler.

The final result gave me a more pronounced, pouty appearance without the addition of extra volume, and I especially loved the extra bit of definition it created around my Cupid’s bow. That sultry half-smile where the teeth just barely show was once a move I struggled to master, but the new definition the lip flip created for my pout allowed me to finally nail it without feeling like I was trying too hard. There was, however, a learning curve as the Botox relaxed the muscles around my top lip. The first time I swished mouthwash post-treatment resulted in (a pretty hilarious) stream of Listerine escaping from under my top lip, and drinking through a straw felt different in the days that followed, but my speech wasn’t affected at all.

As the treatment settled in, the initially weird motions became a lot more manageable and easier to navigate to the point that I barely notice the differences a month later. The only downfall? I wish it lasted longer! The change is subtle, but significant to me, and I’m definitely going to be adding the lip flip into my treatment rotation whenever I’m due for a touch-up.

I love this clear gloss, which offers a high-shine finish without being overly sticky. Plus, it keeps my lips hydrated and soft for longer than most balms do.

This lip plumper is definitely an investment. A little goes a long way, and it’s worth every penny.

If you’re looking for a plumping product in the natural and organic skincare realm, this cinnamon-spiked lip-plumping gloss from Éminence is a great option.

I like that there is a range of shades to choose from (I love Pale Rose) and the mix of Volulip and hyaluronic acid instantly beefs up your lips in as quickly as three minutes. It tingles, but it’s definitely not unbearable.

Equal parts plumping, exfoliating, and hydrating, this mask delivers results in as little as three minutes, but I’ve found turning it into an overnight treatment only enhances the results and has also made my lips softer, smoother, and perkier-looking over time.

I’m obsessed with this plumping balm from Buxom, and I actually prefer it over its plumping gloss, which is a bit more famous. Not only does it boost the natural color of your lips by reacting with their pH (for your perfect customized color!), it also plumps up fine lines and contour so your lips look poutier, softer, and fuller overall.

This epic lip-plumping duo happens to be one of my all-time favorite pout products. You can apply it at night or under/over your go-to lip products. You’ll apply the Step 1 Smoothing pen first around the lips and contour (to fill and boost fine lines), and then you’ll follow up with the Step 2 Plumping pen—filling in just the lip area and within your natural lip line. The result is a super-shiny, super-full, and super-moisturized finish.

This pearlescent gloss from celebrity makeup artist Patrick Ta isn’t technically coined as a lip-plumping product, but it does have a pepperminty tingle and boasts a unique gel technology to create the look of more volume and a pretty, pillowy softness.

There’s nothing I love more than a multitasking makeup hero, and this dual-acting pen covers all the bases. On the one side, you have a hyaluronic acid–brimming gloss, which enhances lip volume and color with absolutely zero sting. On the other, you have a peptide-powered vertical line treatment to reduce and prevent the look of aging and falling contour around the mouth as well.

This product has a slightly glossy finish, but it’s not sticky at all. Thanks to loads of hyaluronic acid, it also helps to boost long-term volume, improves lip definition, and slows the onset of lines, wrinkles, and sag that’s inevitable with aging.

Up Next: 3 Experts Reveal the Honest Truth About Biotin for Hair Growth